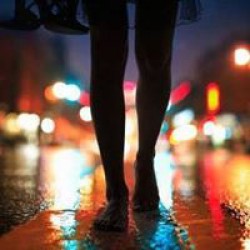 Insatiable and crazy thirst for explanations

"Many of history’s worst authoritarians started out as losers."

"The expressionism of O.K. is charged with a will for power and an impulse for destruction and recomtmction. This impulse breaks down the apparent integrity of external phenomena into finite parts and then reassembles them according to an equilibrium of precarious nature"

"The truth expressed in a picture by O.K. is thus problematic. This truth is a monstrous visual epiphany transcending all levels of simple social respectability; it literally becomes the clinical picture of an epoch that has lost all sense of proportion and symmetry."

"How do I define art? A work of art is not an object of monetary value; it is a timid attempt by man to recreate the miracle of which every young woman is capable: to produce life from nothing. Hence, only women and artists have respect for life, and the segment of the so-called "society" that denies women the right to vote and therefore to participate, and denies artists the right to exist, does not really care for life. It oppresses humanity,and it has, directly or indirectly, a vested interest in wars."